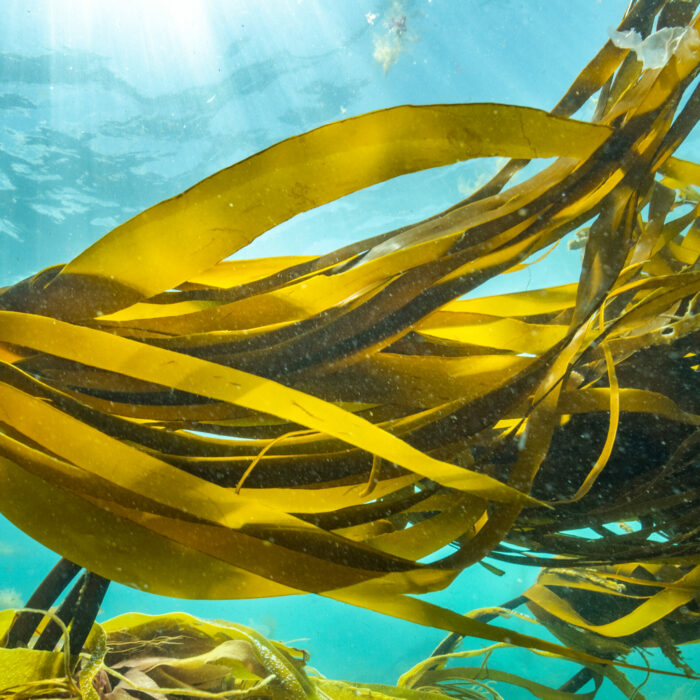 IT’S TIME FOR A SEA CHANGE.

Seaweed is one of the largest under-utilized and valuable resources on the planet. It contains an abundance of nutrients and has applications across many industries, including cosmetics, nutritional products, and biomaterials. Seaweed also acts as an underwater carbon sink, absorbing carbon dioxide, releasing oxygen, and reducing ocean acidification. Harnessing the full environmental and economic benefits of seaweed, however, requires a significant change in thinking.

Founded in Canada’s Ocean Playground on the north Atlantic coast, SeaChange Biochemistry Inc. has developed an environmentally friendly and proprietary process to extract multiple high value compounds from seaweed and other biomasses. The team is led by Sabrena Mackenzie, formerly a scientist with the National Research Council with 15 years of experience in biomass extraction.

The company has established the first kelp seedling nursery in Atlantic Canada, a seaweed farm in St. Mary’s Bay, and pilot scale production on Cape Sable Island. Inspired to speak for the seas, SeaChange is focused on producing exceptional quality ingredients while contributing to the regeneration of ocean ecosystems.

We use a sustainable feed stock

We use the entire seaweed

This is 66% reduction in biomass waste.

Replacing fossil-fueled based plastic with biodegradable seaweed-based substitutes will help reduce the 8 million tonnes of plastic in the ocean.

Seaweed absorbs nutrients in the ocean, reducing acidification and can be used to enrich the soil and increase crop yields.